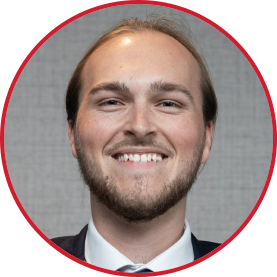 Louis studied accounting and finance student at Nottingham Trent University before furthering his education through a masters in finance at Cass Business School. Alongside studying, Louis completed a placement year with Lidl; studied abroad in Oslo, Norway; and completed a year as team leader for Enactus NTU, a social enterprise organisation. Leading a team of 60 dedicated students, he helped to produce five projects working to benefit a range of individuals, from refugees to school children. 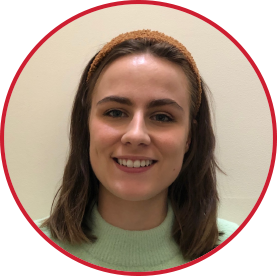 Maya is now a future trainee solicitor with Allen & Overy. She studied law at the University of Sheffield and completed an exchange year at Utrecht University in the Netherlands. She has enjoyed a range of legal experiences including volunteering at the FreeLaw clinic, in-house placements at Aston Martin and St Thomas’ Hospital and vacation schemes at two leading law firms. Maya is also the president of the Edward Bramley Law Society and she runs a legal blog called The Pro Bono Law Student. Her other interests include cheerleading, gymnastics and netball. 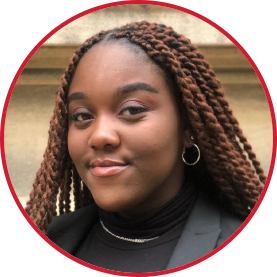 Zareen graduated from the University of Cambridge with a first-class degree in human, social and political sciences. She was the first LGBTQ+ officer of the African and Caribbean Society, where she worked to improve LGBTQ+ inclusion within the African and Caribbean community. She later became the first ever president of FUSE – a society for BME LGBTQ+ students. Alongside her team, Zareen relaunched the society and enhanced its capacity by establishing new committee roles, securing a source of funding and introducing new social media strategies. FUSE is widely cited as a place of community and safety for BME LGBTQ+ students in Cambridge. 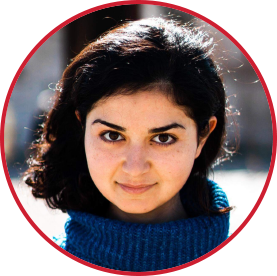 Tiara graduated from the University of Cambridge with a double first. She is the founder of SolidariTee, the largest British student-led charity fighting for long-term change in the refugee crisis. SolidariTee mobilises 500 student volunteers across 42 universities and has offered grants worth over £200,000 to refugee aid. As an Arabic, Farsi, French and German speaker, Tiara has extensive experience as an interpreter, and has interned at two UN agencies. She has also given a TedxCambridgeUniversity talk on the importance of legal aid. She is now looking to combine her humanitarian expertise and social entrepreneurship to find innovative solutions in the refugee crisis. 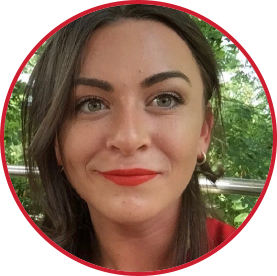 Sarah is studying business management at the University of Leeds. She was inspired to pursue a career in business after reaching the Young Enterprise National Finals as sales director in 2017. Her CV includes working in the French Alps, nannying in Madrid and elfing for Father Christmas in Lapland. She’s highly skilled at finding CEO’s contact details and this great detective work landed her work experience at Tesco HQ during sixth form. Sarah has been involved in all aspects of student life, both on and off campus, and she even became Hyde Park FC’s very own Karren Brady as their business and marketing manager. 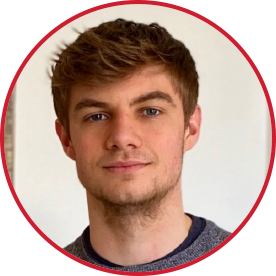 Will joined HSBC as a summer intern in 2020. In addition to studying history, he enjoys travelling and has been fortunate enough to volunteer and work alongside Hope4Malawi in the community of Chipepwete. For a month, he was part of a team that taught arithmetic and English to single mothers and children in the primary school, which he helped to build. From 16-years-old, he also balanced education with part-time employment at an insurance underwriting firm. In his free time, Will is a competitive swimmer who enjoys training and competing on a national platform. 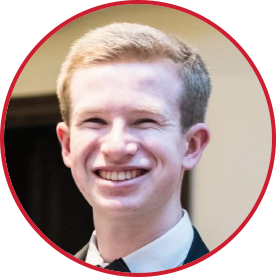 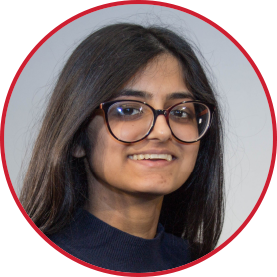 Daniel spent summer 2020 with HSBC as an investment banking analyst. He is an economics student at the University of Durham, where he has been an analyst for the Student Investment Fund and has contributed to a consulting project for Durham Wildlife Trust. He has also acted as social secretary of the dance society and as a member of the successful competition team. Daniel has also worked with young people through volunteering at university, as a team mentor for the National Citizen Service and with Linkable, a disability charity. He enjoys travelling and has interrailed through Eastern Europe.

Zainub joined HSBC as a summer analyst for three months in 2020. She is an industrial economics student at the University of Nottingham and a BP STEM scholar. She is the corporate relations executive of Enactus Nottingham, a student-run network of transformative social enterprises. Through Enactus, she came second in the Business Engagement Competition hosted by Enterprise Rent-A-Car, alongside winning the UK Nationals competition twice consecutively – taking them to the semi-final at the 2019 World Cup. Zainub enjoys discovering new skills, including coding platformer games during her internship at IBM, figuring out how to fix bikes through her years of cycling holding impromptu photoshoots and learning how to play badminton. 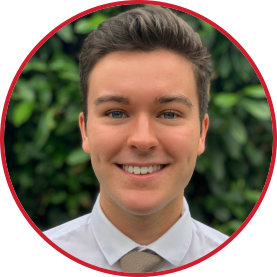 Luca is an economics student at Durham University and spent summer 2020 as a commercial intern at L'Oréal. As a state-educated student and the first generation in his family to attend university, he has always been determined to take advantage of every opportunity to develop himself further. He is passionate about his civic responsibility, serving three years in the RAF Air Cadets and completing his National Citizen Service. He has acted as treasurer for his university’s charity committee. Outside of his studies, Luca is a dedicated rower, coaching and competing in the sport for both his university and home club. 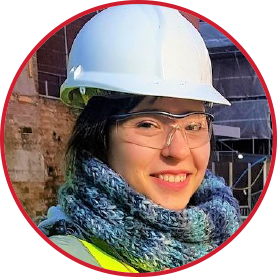 Weronika is studying civil and structural engineering at the University of Sheffield. She is determinedly working towards being one of the future leaders of the fourth industrial revolution in construction. She continuously develops herself personally, including mentoring others and learning Mandarin. Professionally, she has volunteered on building sites; completed a summer internship with Curtins; achieved a research placement scholarship; and led iForge, the first student-led makerspace in the UK. Weronika was a national finalist in the Women in Property competition and has also organised an annual 3D printing bridge competition, sharing her knowledge and passion for sustainable innovation in construction. 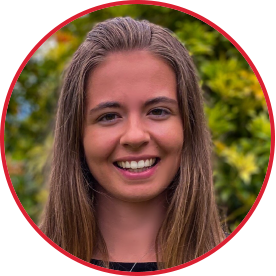 Laura completed a six-week internship with P&G before accepting a job offer as an account manager. She studied international business with marketing at Heriot-Watt University in Edinburgh and spent her third year studying at the Heriot-Watt Malaysia campus. Her determination, resilience and passion for leadership and career growth enabled her to self-source various internships within the automotive, oil and gas and consultancy industries. Laura has taken on various public speaking roles where she has inspired other students about the value of work experience. She previously interned with Subsurface Global, where she coordinated and implemented marketing materials to increase brand awareness and facilitate growth. 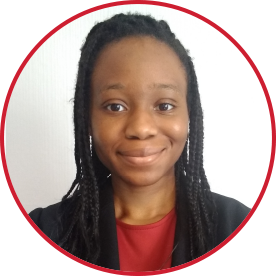 Fai is a final-year biomedical engineering student at the University of Glasgow. Alongside her degree, she has held the position of president of the Handprints society – a student-led society that focuses on fabricating 3D-printed prosthetics for children. She travelled to Rwanda in the summer of 2018 with her university’s female engineering society to encourage high school students to pursue further education in the field of STEM. Fai is also a previous Saltire Scholar and she spent the summer of 2019 undertaking an internship in San Francisco at a medical device start-up. 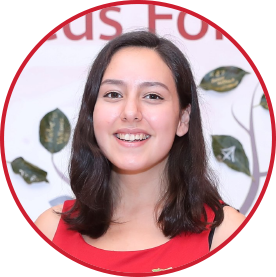 Tamara is studying for a masters in mechanical and electrical engineering at the University of Bristol. Throughout her undergraduate career she has taken part in lots of different extracurricular activities, from chamber choir to synchronised swimming. She has been an active member of the Innovation Design Society, which runs outreach engineering projects abroad. Tamara led the ‘Clean Cookstove’ project, establishing contacts in Nicaragua and Zimbabwe. She previously took part in two internships with Arup and Huawei. 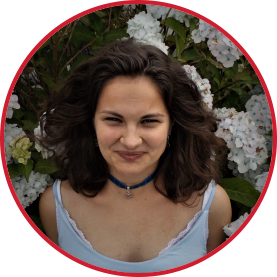 Alice studied a bachelors degree in computer science with security and forensics at Cardiff University before going on to study a masters in cyber security. She has been coding since she started her GCSEs seven years ago and her favourite thing about computer science is solving analytical puzzles. Her work experience includes IT support for a sales training consultancy and a summer job working in a creative design and digital consultancy to improve its cyber security. Prior to university, Alice achieved A levels in maths, English and computer science. Her hobbies include windsurfing, snowboarding and creative writing.