Charlie studied accounting and finance at the University of Bath. In his first year he was accepted onto the EY scholarship scheme, which saw him complete a summer internship in 2017 and a year-long placement in its More London office in 2018/19. He became a full-time associate at EY in September 2020. Charlie also completed internships with PwC and Harrods Finance, alongside part-time work at Reading Festival and volunteer work as a peer mentor at university. Outside this, Charlie has represented his university in squash and rowing and is a keen skier and sailor.

Head to Charlie's blog to find out about his experience of the Undergraduate of the Year Awards. 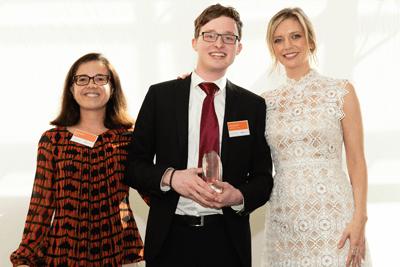 James studied aeronautical engineering at Loughborough University and was the head of rocketry and projects for the university Space Society. Working with senior university staff and engineering students, James pioneered an outreach activity for local schools aimed at educating year 10 students, inspiring them into further study in STEM subjects. He also helped support iNet, a Space Industries Accelerator, at his university and increased its exposure to students. James was also awarded an international space scholarship, meaning he met with NASA Control Room Engineers in Florida, and since worked with TfL and the London Underground on control room layout and management. 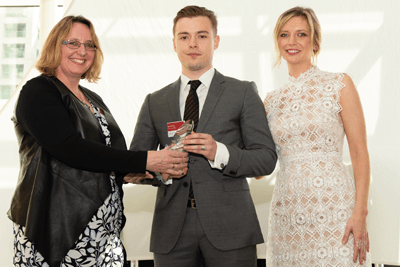 Igor studied mechanical and nuclear engineering at the University of Sheffield. He has a keen interest in the energy sector and has worked for NuScale Power, a leader in nuclear energy innovation. While at university, he took on the role a computational fluid dynamics tutor and a researcher in student-led projects. Igor was also a member of the Sheffield Engineering Leadership Academy, engaging in outreach and public engagement activities. He also enjoys sport: he competed for the university triathlon team and played on a five-a-side football team. 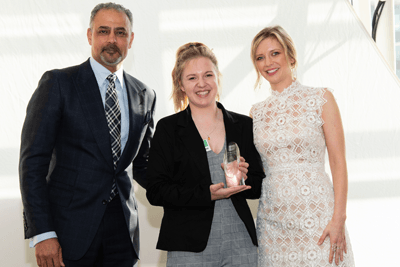 Holly studied management at the University of St Andrews. As well as working hard on her degree, she was a member of the university’s league-winning women’s hockey first team. Holly was also employed by the university’s Athletic Union as the fifth team’s hockey coach and she supported the local community by teaching children. Holly enhanced her leadership and communication skills in her role as communication officer across over 60 sports clubs for the Athletic Union. She was also a social media ambassador for PlayerLayer, which involves running the St Andrews media accounts for the brand.

Head to Holly's blog to find out about her experience of the Undergraduate of the Year Awards. 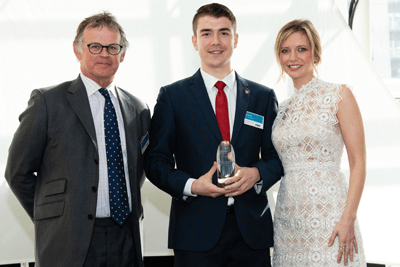 Marek studied computing with management at the University of Leicester. He was awarded the prize for the best computer science grade average for two consecutive years. Marek’s love for computer science started when he was 13 years old and successfully created an online game with over 20,000 active users. He has worked as a digital analyst for Hotels.com and won the annual Facebook London Hackathon, securing a place in the global final in California. Marek has represented his country in athletics and started practising ballroom and Latin dancing while at university. 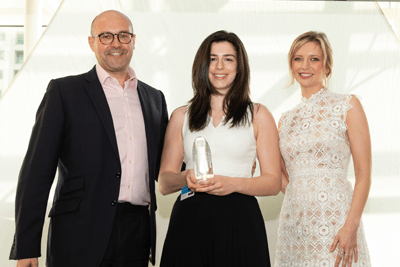 Christina studied geography at Durham University. As a Laidlaw scholar, she undertook independent research, demonstrating and developing her leadership skills. Christina was awarded the College Award and completed the Durham Award. As a competitive sportswoman, she represented her university in football and basketball. Christina also worked for the National Citizen Service as a team leader. This enabled her to make a positive impact in her community by helping young people to build relationships, improve their employability skills and fundraise over £2,800 for charity. 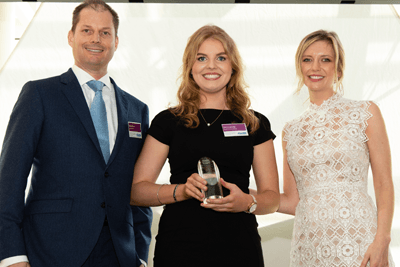 Zara studied economics at the University of Edinburgh. She enjoys learning new languages and was awarded a class medal in her first year for achieving the top mark in a German module. During the summers of 2016 and 2017, Zara worked on the social team at Discovery Summer, teaching and coaching students of over 60 nationalities and hosting evening shows for audiences of over 120 students. She has previously volunteered as a St John Ambulance Cadet and her efforts were recognised when she received the Millennium Volunteers Award for 100 hours in 2014. In her free time Zara enjoys playing the piano and Olympic weightlifting. 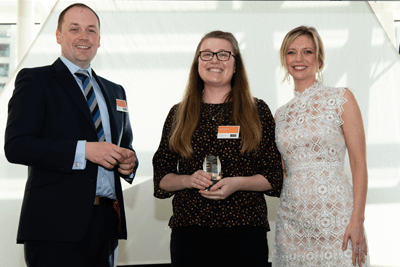 Rachel is a civil engineering student at the University of Bath. She won the 2017 Ford Prize for Women in STEM Study in recognition of her work as a STEM ambassador and running of a global female engineering competition. Rachel is a QUEST scholar with the Institute of Civil Engineers and one of five global ambassadors for the International Women’s Academy. She has attained grade 8 in singing and on the flute and piano. As a member of the National Youth Choir of Great Britain, Rachel has performed at the Royal Albert Hall and recorded at Abbey Road Studios. 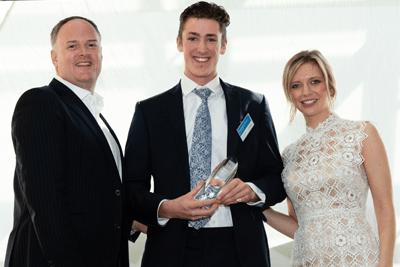 AJ studied business economics at the University of Exeter. He has started various companies including a platform that promotes local discounts to students over a chatbot, a flower delivery service for Valentine’s Day and an events company called Cucucachoo, which he continues to run and which sells out nightclubs in two minutes. AJ has run events for companies including a peach beer company and a clothing brand. He was also the head of finance for the Exeter Entrepreneurs Society. AJ has interned in various sectors including marketing and growth at Cleo, a digital financial chatbot. He also coordinated its national brand ambassador programme. 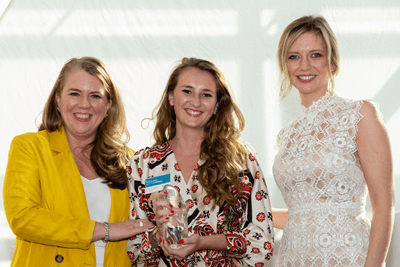 Victoria joined Marks & Spencer as a buying graduate after the awards. She also completed a placement year at Ralph Lauren as part of her fashion management degree at London College of Fashion. She received the Mint Velvet fashion consultancy project award in 2017 and was also the managing director of the prize-winning UAL fashion enterprise management group in 2016. She worked for Hydra Retail Solutions as an executive assistant, which involved undertaking visual merchandising for international brands as well as recruiting and training for new European projects. Victoria also interned with women’s fashion magazine MAGNIFY and acted as her university’s CMI ambassador. 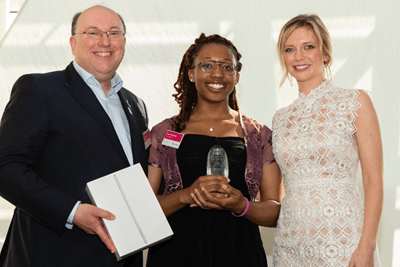 Abigael studied materials science and engineering at Imperial College London and was a Bank of England scholar. She is a proactive member of her local community; at school she led the History Society and was the editor of an award-winning science magazine. Abigael was the vice-president of Imperial’s Materials Society and led a committee to organise its first Materials Careers Fair in 2017. She is passionate about STEM and aims to inspire young people through Construkt, an engineering outreach programme, and her role on the Institute of Materials, Minerals and Mining’s Women in Materials committee. Abigael also enjoys dancing and learning Japanese. 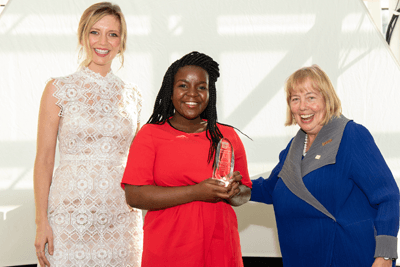 Mercy Ngulube studied English at the University of Leicester. She is the former chair of the CHIVA Youth Committee and used this role to drive through campaigns and concerns on behalf of young people living with HIV. Mercy represented CHIVA with professionalism, realism, humour, passion and intelligence. She is a recipient of the Diana Legacy Award. Mercy has spoken in the House of Lords, co-hosted an event at Downing Street, delivered a TEDx talk, and travelled internationally to attend conferences to further her role as an activist.