We’re delighted to announce that, for the third consecutive year, Rachel Riley will be our host of the TARGETjobs Undergraduate of the Year Awards in September 2020.

Rachel is the numbers expert on Channel 4's long-running quiz show Countdown and a resident team member on the hit comedy show 8 Out of 10 Cats Does Countdown.

Rachel has appeared on Room 101, Top Gear and Would I Lie To You (BBC). She co-presented It’s Not Rocket Science for ITV and has appeared on several TV quiz shows raising money for charity including: Celebrity Mastermind, Pointless Celebrities (BBC One), The Chase (ITV), The Bank Job, Million Pound Drop and Fifteen to One (Channel 4).

Rachel is an avid Manchester United fan. She presented Fantasy Football Club and Friday Night Football on Sky Sports in 2016–17 and has appeared on Football Focus (BBC One), Soccer AM (Sky Sports) and Follow the Football (BT Sport). She has also presented shows on MUTV as well as featuring on BBC Radio 5 Live and talkSPORT radio.

Rachel has a keen interest in promoting maths and science to young people and has been involved in a number of national numeracy initiatives. She is involved with Premier League Primary Stars, an initiative designed to help develop children's skills and ambition both on and off the sports field. 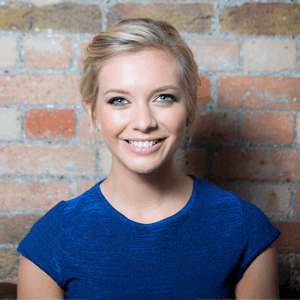