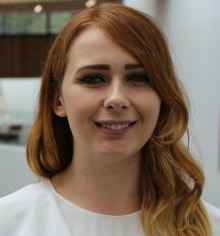 As soon as I learned that Rolls-Royce was partnering the Female category, I just had to apply. I was several months into a year in industry placement at the company at the time of applying, and I was very keen to return for the summer. I didn’t expect to get as far as I did in the selection process, but I knew that taking part would be a great learning opportunity.

The application process involved answering questions set by TARGETjobs and Rolls-Royce, and completing several online tests. After submitting my application, I waited nervously over the following couple of months, trying to picture the high-calibre students that I was up against. Then, finally, I received the email I had been waiting for. It was Rolls-Royce, and they invited me to an assessment centre. I couldn’t believe it; I had actually made the top 20! I was so excited, but I only had three days to prepare for the assessment centre.

The assessment centre ran over two days at Rolls-Royce in Derby, with an overnight stay in a nearby hotel. I was nervous, but I went with a positive attitude and aimed to make friends rather than compete. I was pleasantly surprised when I got there and met such a lovely group of students who were all very encouraging towards one another. The assessors too were very welcoming and put us all at ease from the offset. Over the two days, I took part in two presentations, an interview, a group activity, a written test and several networking sessions with the assessors. I found the experience challenging but enjoyable, and I left feeling like I had done my best.

A few days later, I received a phone call from Rolls-Royce to say that I had made the final ten, and that they wanted to offer me an internship regardless of whether I were to win overall or not! I was absolutely delighted with the news and I couldn’t wait to attend the finalists' awards ceremony.

The awards ceremony took place at East Wintergarden in Canary Wharf. It was great to celebrate our achievements in such a beautiful venue among the other students who had taken part in different award categories. We even got to meet Rolls-Royce’s CEO and several assessors and senior managers attended the ceremony too. We were treated to a very fancy meal and an inspiring speech from former Blue Peter presenter Konnie Huq before the winners were announced.

Although I didn’t win my category, taking part in the Undergraduate of the Year Awards has supported me in two major recent achievements. It has been just over two months since the awards ceremony and since then I have been named in the Telegraph’s Top 50 Women in Engineering Under 35 list and I have gained the Engineering Leaders Scholarship worth £5,000 from the Royal Academy of Engineering.

In addition, I have recently started my summer internship with Rolls-Royce as a manufacturing engineer. I am working in the production assembly & test department, and my job involves implementing improvements for the assembly of the Trent 700 and Trent 900 engines. I am thoroughly enjoying my internship and I hope to use my scholarship towards visiting Rolls-Royce Singapore, where the Trent 1000 engine is assembled.

I also took part in the TARGETjobs Future Female Engineers event in March, where I got to speak to people from BP, Arup and Laing O’Rourke, for example. It was a great day and I met many other engineering students from across the country and got a valuable insight into exactly what employers are looking for from students.

I’ve had a fantastic experience taking part in both the Undergraduate of the Year Awards and Future Female Engineers, and I would highly recommend them to other students. I now feel much more confident about finding a graduate job, and the Undergraduate of the Year Awards in particular has really helped in subsequent achievements. Thank you TARGETjobs!

Jodie is currently on her summer internship with Rolls-Royce as a manufacturing engineer.