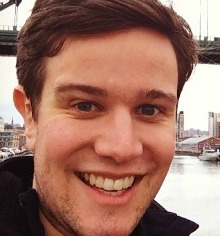 As I write, the sounds and smells of salesmen pushing their carts of exotic fruits along the streets drift through the window; zapote, lulo, guanábana, mamoncillo.... I am writing from Colombia, where I have been working as an interpreter for a group of human rights lawyers, and I am reminded of just how lucky I am to have studied a languages degree; one that opens up thousands of these amazing opportunities to me. This is after another fantastic experience earlier in the summer thanks to the Undergraduate of the Year Awards.

Back in June, I made my way down to London to start a really eye-opening, informative week getting to know more about the EU and its institutions. Despite a hideously early start to catch the first train to London, I was met at the FCO offices on Whitehall for a useful day of preparation for the online tests used in the EU's selection process.

On Tuesday, I met with various people working at the EU's UK representation office in Europe House. Attending meetings and speaking to several of the different departments working together under the same roof was a fascinating insight into the day-to-day running of a national representation, spreading information of what the EU is up to in the UK, and vice versa. Wednesday morning was an example of the reverse, when I sat in on a video conference call between the translation departments in Zagreb, The Hague, Berlin, Paris, Vilnius, and the head office in Brussels.

Later that afternoon I caught the Eurostar to Brussels, where I was met off the train and taken straight to the European parliament to meet one of my new local MEPs on the back of an alarming result in the European elections.

Thursday was spent visiting various directorate generals and departments within the different institutions, meeting with interns and full-time employees alike from the European parliament, the commission, the council... It provided an excellent opportunity to find out what each institution does and what each DG inside that institution is responsible for. Meeting with actual people meant I also got first-hand accounts of how the employees wound up in Brussels, and different career progressions they have undergone. That evening I attended an informal get together of Brits working, or hoping to work, in the various institutions and, again, it was great to learn of their experiences while applying for positions in Brussels.

All too soon, Friday came around and it was time to head back to the real world (via a quick holiday in Portugal!), although not before a couple more final meetings with the translation and interpreting services. Listening in from the interpreting booths I was able to experience what it would be like to work as a conference interpreter for some of the most important meetings in the world. I was able to properly get a sense of how this great European family is able to communicate with each other, despite having 24 official languages and numerous other smaller languages within its borders. All thanks to a dedicated team of translators and interpreters, right there in Brussels.

And so it was that I left on the Friday evening Eurostar back to London with a heavy heart, although with lots to think about and fond memories of an unforgettable trip, all made possible thanks to the Undergraduate of the Year Awards.