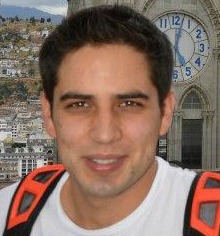 It has now been seven years since winning the Engineering Undergraduate of the Year award. In that time, I completed my master's in Mechanical Engineering, followed by a further Master's in Petroleum engineering being lucky enough to get full sponsorship to complete the course at Imperial College.

After graduation, I decided I wanted to work abroad and I found myself starting back in 2013 my first day of work getting off a plane in Douala the capital of Cameroon. In these last 4 years, I have lived in Cameroon before moving onto Gabon working as a Petroleum Engineer. These years have been fantastic, exciting and also a steep learning curve. I have developed an understanding of working in various cultures, in harsh environments often by myself and along with it learned to speak and work in French. I have had the most active and complete experience in problem-solving that I could have hoped for. I today feel much more than just a Mechanical Engineer.

The award aided me greatly I think in two particular areas I believe firstly it gave me the opportunity to intern with RWE, commissioning one of their power plants in the U.K. I learnt a great deal regarding the generation of energy as well as finishing having a clearer idea of what I wanted to do. It pushed me to go further into energy which led me to go upstream and eventually led me to my latest position. Along the way, I got internships with 2 other great companies, and I think having the award supported me in getting these.

I think the key to internships is to shaping your ideas of what you want from your job, what environment do you want to work in? With teams or individually? These are all tough questions and I think the opportunities at the time given by the award directly by the internship and indirectly through the internships, I gained afterwards shaped my ideas.

Secondly, I feel that the award itself also led me to meet a group of motivated and ambitious engineers who I continue to cross in life and continue to look to as motivators and people who I am inspired by their varying pursuit.