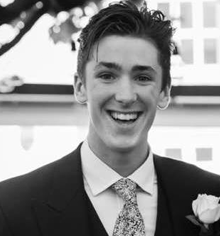 Award:
Male
Winner/finalist:
Winner
Year of event:
2018
Degree:
Business economics with a proficiency in Spanish
University:
University of Exeter
I was skimming through the dross that was my university emails when I stumbled upon an email highlighting the ‘Male Undergrad of the Year’ awards sponsored by L'Oréal. I had previously been speaking to a friend who was saying how she applied for any and every opportunity as usually the only thing holding someone back is their own disbelief in credentials or skill, and so really you have nothing to lose. With this in mind I began to fill out the application form and before you know it I was embarking on the online assessment tests. The worst thing that could have happened was that I wasted an hour of my day practising online assessments and trying to work out what large corporations were looking for, which in reality, is never a waste of time.

I was notified that I had got through to the assessment centre stage, which in my view was already a huge opportunity. The guys going to this assessment centre I knew would generally be very switched on, intelligent people who are driven to succeed at a time in university where so many students do the bare minimum. These were the people I wanted to surround myself and network with!

The assessment centre day came along and I was really nervous, particularly for my 20 minute presentation outlining a typical business scenario in which we had to negotiate a deal with our assessor. This was the first assessment day I had been to and I had no idea what to expect. The people at L'Oréal were incredibly welcoming and tried to make the experience as painless as possible, subsiding our fears and worries. I connected with as many other participants from the assessment day as possible and left feeling accomplished.

I was really happy to get emailed about getting in to the final as I had something tangible to show for the day other than a broader network. I also had to fly back from visiting my girlfriend in Kenya a day early to attend the awards but I viewed this as being worth it as there were 100 other top undergraduates who had made their top 10’s, more networking. My bread and butter! The day was beautifully sunny and the table I was sat on with people on the graduate programme at L'Oréal were so easy to talk to and touch base on. Rachel Riley graced us with her wisdom and enthusiasm which really inspired me but what was the best part of the day was talking to the Director of HR, Paul Gillam. He was so charismatic and was the key in getting me really excited to work for L'Oréal. What I didn’t know is that Paul was announcing the award. As he was reading out the names I was secretly putting my bets on who I thought had won and when he announced my name I was stunned. Everyone on my table looked at me expectantly but I froze for a good 5 seconds. The other guys were so courteous which is really difficult when you dedicate so much effort in to something like the Undergraduate of the Year. Nonetheless almost all of us received offers to work at L'Oréal which, in retrospect was the real prize!

We asked Aj how he found his time with L'Oréal and this is what he said...

My summer internship was absolutely unforgettable! I was exposed to the workings of a huge multinational corporation, and an incredibly efficient one at that. My manager was more than I could have hoped for and he tasked me with an incredibly important project that will see national changes in the near future! The team I worked with were so much fun, very welcoming and always eager to answer any questions. Thanks go to L’Oréal for having me and for giving me the award. I hope to work for them in the future.