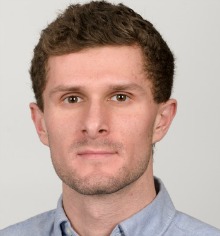 A) Before the Awards, what were you engaging in at university? (societies, clubs, teams etc)

I was class rep for two out of three of my subjects, organiser of the first edition of the TEDxUniversityofGlasgow, Prezi Ambassador and member of various societies and clubs (international society, business club, etc)

B) How and why did you get involved in the Undergraduate of the Year Awards?

I was actually in the middle of applying for different jobs, since I was in my last year, one of them being a role at Mars, so I thought I could increase my chances of getting in if I applied for the business award also, the prize for which was an internship at Mars. Funnily enough, that was the way I got accepted to work at Mars, even though the process was much tougher than your average job application.

C) How was the experience itself?

It was an awesome experience, especially having the chance to meet so many great individuals from across the UK. Also, it represented one of the most pleasant surprises I ever had since, even though I didn't win the award, I still got an internship at Mars, which was the main prize. Basically, HR at Mars liked me enough to give me this chance also. I still remember the first day at work, when the guy who won the prize saw me and was surprised I was there also, since he thought the Awards were a winner takes all kind of thing...I guess this wasn´t the case.

D) How did that experience help you get to where you are (heading) now?

It helped me because the assessment centre I took part in with Mars was one of the toughest I´ve been through up until that point, and I learned a lot from it. The other important learning point came from the experience of working at Mars itself, which, even though it was only for a three-month internship, was a really rewarding experience for me.

E) Any advice for future applicants?

Just go for it! You have nothing to lose, only a whole lot to gain.