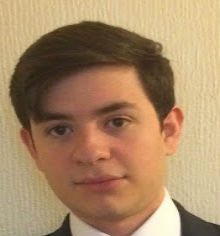 I applied for the Future CFO of the Year Award because the award sounded very respectable, and it suited my interests in both accounting and finance. I was told about this competition through my university's career service, but it was one of many emails I received so when I saw it for the first time I didn’t pay much attention. But as the competition deadline coincided with the end of my applications for summer internships, I felt that being part of a respected competition such as Undergraduate of the Year would really improve my chances next year, and add to my CV regardless of how far I came in the competition. For these reasons I applied for the competition.

After applying I was invited to take part in the numerical test and was told that I would know if I got through after a month or so. This period was quite nerve-racking as I, of course, wanted to make it through to the assessment centre! After a month I was glad to receive confirmation that I passed the tests and ACCA invited me to an assessment centre at their offices. I approached this assessment centre with little expectations that in a group of 30 people I would be able to stand out, but excited to see what ACCA had in store. When I got there the day was run very professionally, and I had to take part in a wide range of activities that tested skills such as presenting, problem solving and communicating clearly.

After the assessment centre I had to wait another month or so before knowing whether I had made it into the last ten, and if I would be going to the awards ceremony in Canary Wharf. I was very honoured when I received confirmation that I was a finalist in the competition. I attended the event, which involved networking and a speech from Fiona Bruce. It was all very enjoyable. In the end I did not win the award; however, the experience was worth it and applying to the award helped me gain confidence in my abilities as well as learn a lot!

After the competition I completed a nine-week internship at Barclay's within their finance department, which I found very interesting. However, I have now decided to apply to investment banking this coming year, since I have developed a large interest in understanding corporate finance. I hope being a finalist in the Undergraduate of the Year Awards reflects my interest in the finance world and will help me achieve this!