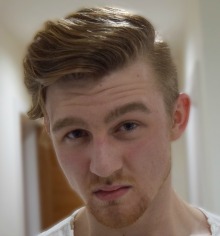 Award:
Computer Science
Winner/finalist:
Winner
Year of event:
2016
Degree:
Computer science application software development
University:
Robert Gordon University
You can only benefit from putting yourself out there by applying so what’s to lose?

There are so many fantastic opportunities out there, both academically and extracurricular, and sometimes they even overlap. The Undergraduate of the Year Awards was just that: a chance to show a large company – in my case Expedia – what students around the country are working on and flaunt talents in their field. Initially I applied after an email came in but, soon realising it was a rather large competition and I didn’t stand a chance, I left the final part of the application mere weeks before the assessment day. I soon came to my senses after a rather encouraging phone call from the TARGETjobs Events team. I quickly finished the application, which involved a series of online tests varying from past experience in the industry, while also showing workplace etiquette in some basic multiple choice questions.

Once the application was in, it was really a waiting game to see if you made the final cut of 15 to go to London and visit the Expedia offices for an assessment day. This, in reality, was more of a networking opportunity and was a great environment – very relaxed. The next step was the final award ceremony, which involved a three-course meal, along with meeting up with the finalists from all fields. Awards were handed out and placements soon started after networking with many of the companies there. A chance to work for a large corperation such as Expedia was quite exciting, so I started the internship interview process. I started a few weeks ago and so far I’m out of my comfort zone, which is exactly what I wanted, and enjoying the facilities Expedia has to offer in London.

Overall, the process was very exciting and there is no reason not to apply. You highlight your strengths and weaknesses from completing the application at the very start and you only benefit from putting yourself out there by applying so what’s to lose?

Having won events such as game jams in the past, it was a massive surprise to win as it’s on a completely different spectrum of academia. The sheer amount of young professionals I was surrounded by from all areas was incredibly humbling.

I am now working on a virtual teality release 'Pixel Arcade' following 'Xoid Isometric Survival', which made a release during the internship last summer for iOS and Android. This hobby-turned-potential-career has a lot of very exciting stuff coming up, and discussions are underway with publishers to get my projects released to the masses. I look forward to growing my business within the software, web and game development industry over the coming months. From virtual reality to mobile, if you would like to see how the projects have gotten on, I encourage you to visit my website at corriejgreen.co.uk.

Corrie is the director of his own company CJG Studio and is a VR developer.