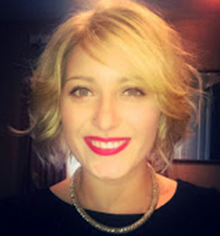 Award:
Computer Science
Winner/finalist:
Winner
Year of event:
2015
Degree:
Ethical hacking and countermeasures
University:
University of Abertay Dundee
Chelsea is the 2015 winner of the Computer Science Undergraduate of the Year Award with CGI! Chelsea has attended other events with us so we knew how great she was and she now hopes to inspire other girls to pursue career in technology!

Having been to IT’s not just for the boys! a few times, I was aware of the various events that TARGETjobs held. However, with my fourth year being so busy, I didn't consider applying for the Computer Science Undergraduate of the Year Award at all. But then I received an email from Katie at TARGETjobs Events a few days before the deadline urging me to apply. I thought, although the application will take me a while, I might as well go for it because I have nothing to lose! So I did and, to be honest, I can’t believe I'm now writing the winner's blog!

The initial application was similar to most job applications, which I had become accustomed to in my search for a graduate job. The online tests had put me off applying because they do take a while but I made sure I had no distractions and took the time to complete them. I thought I’d be rejected after this point but, actually, my results ended up being in the top five and CGI put me through to the assessment centre! I think all my previous practice really paid off when it mattered.

I flew down to Reading for the assessment centre and expected it to be really hard and daunting. After all, I was competing in a UK-wide competition. But in reality it was the opposite of what I expected. I enjoyed my assessment centre; it was fun and really relaxed.

So then I got to the final….I couldn't believe it! From my small university in Dundee, I actually made it to a national final in London. Amazing! I was super chuffed and so was my university. They wrote a news article about my place in the final ten and from this I received a request from the BBC to do a radio interview for BBC Radio Scotland. Without even winning I really got a huge amount of publicity, which is great as a student.

The final in Canary Wharf was unbelievable. The venue was grand, the food was exceptional and hearing Fiona Bruce reminisce on her student days was incredible. But then the nerves kicked in when the winners were to be announced: computer science was the first award and I knew I would be gutted if I didn't win, but I did not expect my name to be called out and my bio read out by Fiona Bruce! I'm still in shock! Walking up to the stage to get my award was so surreal and the amount of support I received from my university, friends, family, people I don’t even know and employers, past, present and future, was just amazing and I want to thank them all for their support.