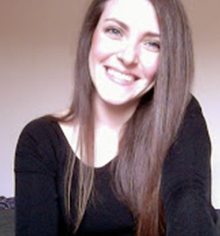 I was on my year abroad in Denmark when I first saw an email from the law department at Queen Mary, University of London outlining the various categories one could compete in as part of the Undergraduate of the Year competition. Although the title itself was intimidating, I really wanted to challenge myself. Besides, the languages award seemed to accommodate for my love for languages without making a degree in it a prerequisite for an application, so I knew I could not miss this opportunity. The prospect of networking with fellow language enthusiasts and EU professionals as early as the assessment day stage also had its say in prompting me to apply; not to mention the opportunity to visit Brussels, the ultimate destination for lawyers and linguists alike.

Embarking on the application process had its tough moments. The elaborate six stages I had to go through, varying from interviews to essay writing and psychometric tests (definitely as terrifying as they sound), were really designed to seep out the best candidates. So much so that by the time I reached the assessment day stage, I knew just how tough a competition the people I met during it would be. They were smart, ambitious and from a plethora of educational backgrounds, and they also made for a great conversation. The assessment day was probably the best stage of the application process precisely because I got to interact with these incredible individuals, some of whom I now call my friends.

The highlight of the competition was unquestionably the East Wintergarden dinner at Canary Wharf; entering this outstanding venue, I was incredibly flattered by the effort that was put into the event and impressed by TARGETjobs' remarkable attention to detail. Having Fiona Bruce as our host for the evening was the cherry on top of the cake. After a few lovely conversations, several delicious courses and a couple of Fiona’s stories, it was time to announce the winners. Hearing each winner’s bio's before the time for the languages award came, I felt both extremely delighted and privileged to join their ranks once my name was announced.

Today, almost a month after the event in Canary Wharf, I still have not managed to shake off the excitement from it. With my trip to Brussels yet to happen, I am in constant conversation with a number of EU professionals who are going above and beyond their duties to accommodate for my interests when it comes to visiting the city and its institutions. A month on and I cannot help but think about how lucky I am for getting this recognition simply for immersing myself into doing something I love.

We have since caught up with Aysel to see how her trip to Brussels went!

After some very busy summer months travelling around and expanding what will be my infinite repertoire of useful and not-so-useful expressions in foreign languages, I have finally arrived in Copenhagen to undertake my LLM in human rights law.

It has been a very busy time for me after winning the Languages Undergraduate of the Year Award all the way back in April. Immediately after the incredible ceremony in East Wintergarden, where I got to meet the lovely people working at different EU institutions, I had to get back into study mode as my exams were fast approaching. Thankfully, there was my visit to Brussels to look forward to, not to mention an additional trip to the EU offices in London! It was completely unexpected and a very kind gesture by everyone on the EU team to arrange an additional part of the trip. They put in a lot of effort to rearrange events and work their schedules around mine, just so I could get more exposure to their work in various locations. It was both incredibly flattering and very humbling to be in the presence of so many very accomplished individuals, who were taking time off their busy schedules to spend it with me.

The visit to Brussels itself was an action-packed three-day trip, whereby I probably visited more EU institutions in 72 hours than most of the people working for the EU do in the first few months of their employment. Since my preferred destinations were kindly asked for before my arrival, my whole time in the city was spent meeting what I thought were the most interesting people and participating in what seemed like the most engaging conferences on everything from law to refugees, to new EU regulations that were coming into place. Even a lovely lunch with David Barfield was in place for me. Once more, I felt tremendously privileged to be where I was: in the heart of Europe and its legal machinery amidst the most impressive individuals from all over the continent. I would really love to thank everyone who made my trip as special and insightful as it was for all their effort and encourage every person out there with an interest in languages to apply. Just going through the application process is an eye-opening experience, while getting to the final stages is an incredible opportunity to meet remarkable individuals from all over the country who share the same passion as you.

Today, I am in Copenhagen to undertake my LLM, a decision that has come to be thanks to the Erasmus programme, yet another EU initiative. Coming here for a year, meeting the country’s people and picking up the local language was so incredible that I had to return. I am now studying Danish intensively alongside my studies, while also taking final-level Spanish upon reassurance by someone on the EU team that it wouldn’t be that hard. I took the challenge and, although it is proving difficult at times, I love the feeling of excitement and deep achievement I get every time I commit a new vocabulary word to my memory. Thank you TARGETjobs and EU Careers for once again reminding me how much I love languages and seeing me as worthy of this incredible award!