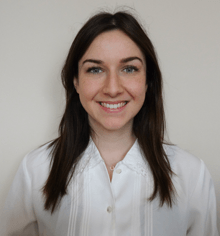 Award:
Female
Winner/finalist:
Finalist
Year of event:
2018
Degree:
Engineering
University:
University of Cambridge
When I found out that Rolls-Royce sponsors the Female Undergraduate of the Year Award, I knew I had to apply.

The initial application involved submitting my CV, answering three questions set by Rolls-Royce and completing online psychometric testing – this had previously tripped me up so I made sure to practise enough beforehand. The questions gave me the opportunity to reflect on my achievements at university and what I could bring to the business, as well as consider factors important to them.

After finding out I had passed the online tests, which was an achievement in itself, and that my application had been longlisted, I was so excited to receive the email saying I had made it to the final 20 and was invited to the assessment centre in Derby. This would be my first experience of an assessment centre so naturally I was nervous, but I knew that being there would at least provide practice for graduate scheme assessment centres in my final year.

The day was full-on – consisting of individual interviews and presentations, a group task, written activity and networking in between – but it was so interesting learning about recent progress in the business and more about the variety of roles available. In the initial briefing we were informed that we had been whittled down from 663 applications, a real achievement that all of us were proud of. Later in the day, after our group exercise, the assessors said how impressed they were that all the groups had managed to finish the activities in the time allowed, as often groups spend so much time squabbling over who should be in charge or what to do that they don’t complete the task in time – this demonstrated the calibre of the final twenty. During the networking lunch I had the opportunity to speak to people from such a variety of backgrounds and areas of the company, and hear about why they enjoyed working at Rolls-Royce and what direction the company would be moving in over the coming years. I left that day feeling so grateful to have reached this stage and met so many lovely people.

A couple of days later I received a call giving feedback on my performance at the assessment centre, and to let me know that I had made it to the final ten! What’s more, regardless of the outcome, they wanted to offer me a summer internship and were working to create a role to suit the interests I had expressed at interview – I could not wait to hear about what I’d be doing and attend the awards ceremony a few weeks later.

By the time the finals arrived, the sun was shining in London’s Canary Wharf and I was so excited to be attending as a finalist among so many other high-achieving undergraduates. The awards ceremony followed a drinks reception and three-course lunch, and was hosted by Rachel Riley who gave a great down-to-earth yet confidence-inspiring speech. The ratio of finalists to Rolls-Royce seniors was 1:1, so we had the opportunity once again to network with a lot of key figures – this was quite a privilege for us at the start of our careers. I was seated next to the chief engineer for civil aerospace, so I was delighted to be able to speak with him about Rolls-Royce and their technical challenges.

Despite the fact that I didn’t win, the experience of being at the finals and the contacts I made, as well as the application and interviews practice, were in my opinion so worth it. Being offered a summer internship with Rolls-Royce topped it all off, and I’m looking forward to spending my summer working in the Future Technologies Group, looking at propeller design and aerodynamics for a future aircraft concept. I would absolutely encourage anyone considering the Awards to apply – every stage you reach offers a new learning opportunity, allowing you to reflect on your strengths and meet some brilliant people along the way.

We later asked Ana what she got up to over the summer, and here is what she said...

I spent the summer working in the Future Aircraft Concepts team, on their new Vertical Take-off and Landing (VTOL) concept announced at the Farnborough Airshow in July 2018. My work focused on folding propellers; defining and analysing cruise configurations to assess their impact on overall aircraft performance and aerodynamic performance of the blade. I conducted a trade study on the different propeller configurations, and began development work on a folding mechanism, to advise the team on where design efforts should be focused and on development plans going forward. It was challenging designing from a blank sheet with relatively ambiguous constraints, but I learnt a lot being able to apply multidisciplinary engineering skills to an early stage novel concept.